by admin in Real Estate

Real estate is one of the most prominent sectors globally. This sector is attracting investments from residents as well as NRIs. The reversal of recession in real estate could be witnessed with the housing sector gaining acceleration from the past few years. Housing has always been one of the major agenda for the Government as it is a vital sector of the national economy influencing the quality of life. 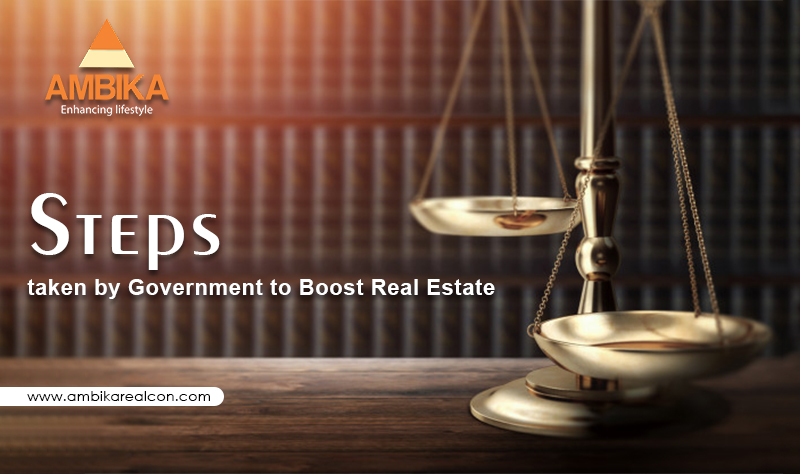 Why real estate sector is important for the economy?

Besides providing shelter to the people, it is a high labor-intensive sector with huge employment generation and generating taxes.  It is one of the major sectors contributing to the nation’s GDP growth up to 7 percent and expected to contribute double the existing rate by 2025. And hence, the government of India has time and again taken special measures to boost the sector and facilitate the investors as well as the home buyers. The latest announcement by Finance Minister Nirmala Sitharaman, to infuse INR 10000 crore funding in the infrastructure will help in the completion of affordable and middle-income housing projects.

Government has recently announced some measures to boost the real estate sector as a festive gift:

Whether these initiatives will be able to revive the sector and give it a positive boost will depend on the upcoming financial year FY 19-20. Improvement in sales of the projects adhering the government norms and policies has already been witnessed in FY-18-19. More of such initiatives by the Government will lead to the growth of the sector and faster possession of the projects in making.

Ambika Realcon has always aimed to develop compassionate communities with the help of its residential projects. One such project is coming up in Mohali. Flats in Mohali are aesthetically designed and meeting every need of its future residents.

House for sale in Chandigarh